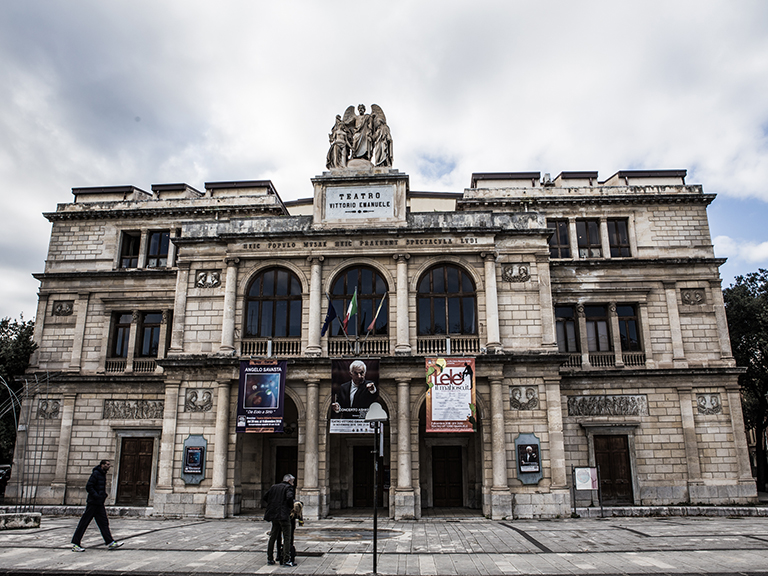 It’s the main theatre of the city of Messina. It was built in the 19th century by Ferdinando II of Bourbon orders. It was designed by Pietro Valente. The first name of the theater was Sant’Elisabetta but it changed to Vittorio Emanuele Theater after the unification of Italy. The theater suffered several damages during the 1908 earthquake. after that it was restructured and enlarged.