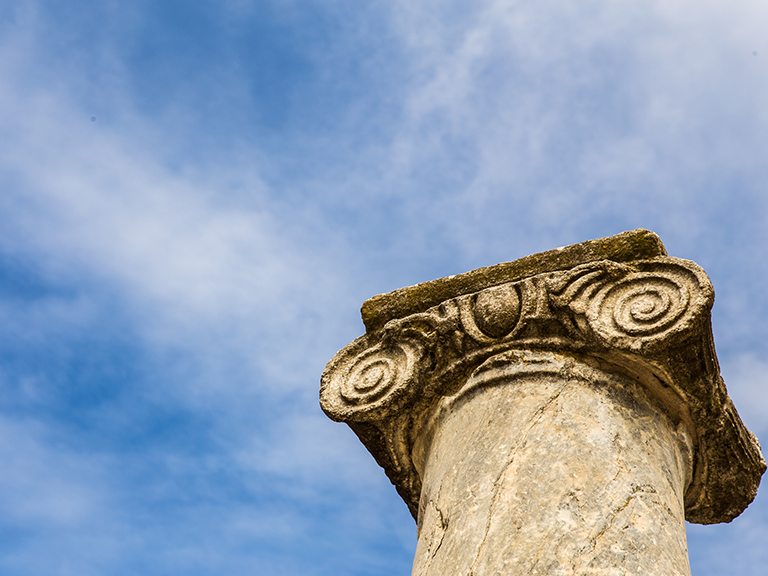 ARRIVAL OF ROMANS, THE ROMANS IN SICILY

The arrival of the Romans in Sicily is due to the loss of influence of the Greeks. It occurred in the middle of the 3rd century B.C. The main motivation was probably the fear that the Carthaginian empire could have taken the control of Sicily.

The Mamertines, an Italic people linked to a tradition based on war, were protagonist in this story.

Around 280 BC the Mamertines went to Sicily attracted by the island’s wealth. After various assaults in the inhabited centers of the island, they were confined to the city of Messina. But their nature pushed them to continue their raids both on the island and beyond, becoming a constant threat for the Romans and for the Carthaginians.

The Mamertines allied at first with Carthage and precisely their sudden turnaround was the excuse that allowed Rome to land in Sicily. This event can be considered the prelude to the first Punic war.

The First Punic War began in 264 BC. and ended in 241 B.C., it was probably the biggest war, as far as economic resources and human lives are concerned, never seen until then.

A turning point in the war was Rome’s creation of its first naval fleet, without which it would not have been possible to fight Carthage. The war ended in 241 with the surrender of Carthage.

From the point of view of the Sicilian population the war brought only a huge number of victims. The only part of Sicily that remained almost immune from the war was Syracuse, ruled by Hieron. The sovereign allied initially with Carthage but this alliance lasted very little, soon Hieron understood that he had chosen the wrong side and signed an alliance with Rome, to which he remained faithful until his death, helping in the war with the supply of wheat and other provisions.

At the end of the first Punic war, Sicily, apart from Syracuse, was totally Roman.

The second Punic war began in 218 BC and ended in 202 BC (in Sicily up to 210). Even during this conflict, Sicily played a fundamental role.

After the death of Hieron, his heirs turned their faces to Rome, allying themselves with Carthage. In Sicily this conflict brought several clashes. It is important to underline the important role of Archimedes who, thanks to his talent, succeeded in delaying the siege in Syracuse for several years. In the end Syracuse ceded in 211 B.C. and this put an end to the Carthaginian presence in Sicily.

In reality from this year onwards the history of Sicily as a Roman province begins.

THE ROMANS IN SICILY, THE ISLAND ROMAN PROVINCE

History that for many years continued without events of particular interest.

Until the arrival of the slave rebellion: the first led by Euno took place between 136 and 132 BC. and the second headed by Salvio Trifone between 101 and 98 B.C ..

To mention also the harassment of the island during the work of Gaio Verre from 73 to 71 B.C., remembered in the work of Cicero “Verrine”. The wars against the pirates that raged on the island are also of that period.

After Verrei t is important to mention the civil war between 49 and 45 BC. between Cesare and Pompeo who obviously was interested in Sicily since it had always been the grain importer to Rome. The situation didn’t improve on the island after the death of Caesar and the subsequent struggles for power.

At the end of these clashes Sicily had been devastated.

In 27 BC Octavian is proclaimed Augustus thus becoming Emperor of Sicily also.

There are not many sources from this period in Sicily. Therefore the only episode that deserves mention is another servile war that took place between 253 and 268

Sicily remained a Roman province until the fall of the Western Roman Empire, when the Vandals seized it in 440, thus ending the Roman period in Sicily.