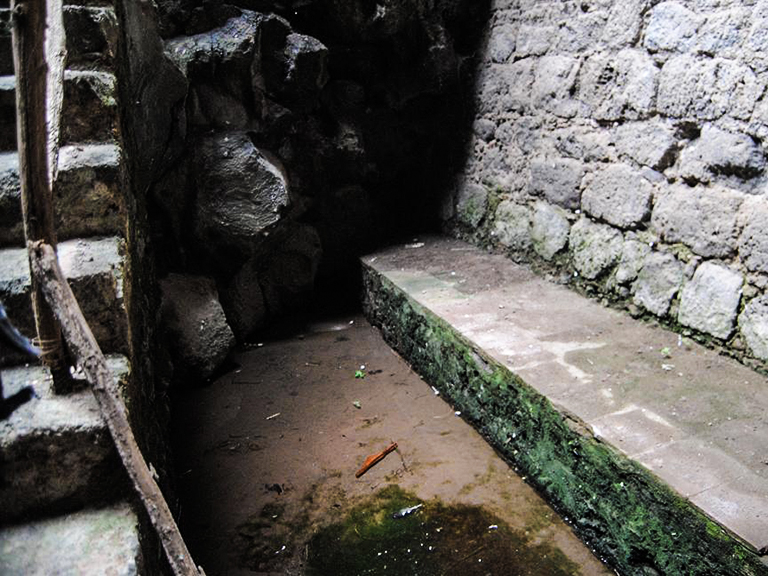 Among the narrow streets of via Plebiscito, near the Ursino Castle,a young woman story still echoes: her name is Gammazita and for centuries she’s been the female’s citizens symbol.
In 1282 sicilians rebelled against the Angevin oppressors. Catania and its people also faced the vicissitudes of the Sicilian Vespers.

Gammazita was a young woman who, as a typical Judecca Suttana district’s woman, went to the well in Via San Calogero to draw on water resources.
Here, a French soldier fell in love and tried to abuse her. The young woman, to avoid his advances, threw herself in the darkness of that well, finding death.

The source was located in the centre of commercial activities complex, so its presence was essential for the economic and urban development of the neighborhood. It is thought that its waters were fed by Amenano river rivulets which, in this area, was called Judicello.
On March 3, 1669, a terrible earthquake devastated the Sicilian town, covering it with lava blanket that, get to the city centre, also damaged the ancient well.

For the civic value of Gammazita’s story, considered an exemplum virtutis, the citizens of Catania in the mid-1700s endorsed its recovery.
From inside a courtyard, surrounded by nineteenth-century popular buildings, it’s possible to access to the 62 steps that lead directly to the well, located 14 meters below the road surface.

Despite the current crumbling conditions, the Gammazita’s well remains the beating heart of the old covered city and of the ancient Sicilian ethic, never tame in front of the foreign yoke.