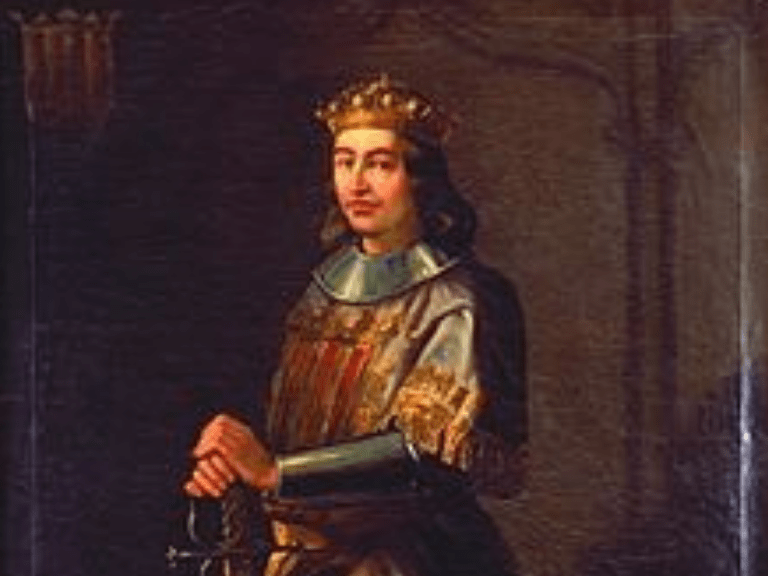 The history of the Aragons in Sicily begins immediately after the Sicilian Vespers. During Vespers, the Sicilians drove the French off the island while asking for the help to Peter III of Aragon by offering him the Crown.

Pietro III was the husband of Constance II, the last heir of the Swabian dynasty so loved by the Sicilians.

The sovereign was crowned Peter I of Sicily in Palermo.

Pietro reigned in Sicily together with his consort Constance, or to tell the truth, Peter almost immediately returned to Spain so it was Constance who ruled the island.

After Peter the successor was his son James II of Aragon, who was crowned James I of Sicily.

This ruler returned, in 1294, Sicily to the Anjou in exchange for Sardinia and Corsica.

This pact was not appreciated by the Sicilians. At the end of 1295 the Sicilian parliament met and they declared the Sovereign decayed and elected his younger brother Federico III.

The Sicilians had driven out the French During the Vespers ten years earlier and they did not agree to be ceded again to the Anjou.

With Frederick III the War of the Vespers officially ended and with the Peace of Caltabellotta Federico proclaimed himself King of Trinacria. Subsequently, Frederick III himself married the daughter of Charles II of Anjou, Eleonora, so the disputes ceased completely.

Frederick’s successor was his eldest son Peter II of Sicily.

During his reign, more precisely just after his death, it is worth remembering the Peace Treaty of Catania with which the Anjou officially renounced any claim on the island.

The pact was signed by Pietro’s brother, Giovanni, who was regent of Sicily for a short time after his brother’s death.

The official successor of Peter II was his son Ludovico who became ruler of the island at the young age of seven.

His reign lasted 13 years and it was not a very nice period for Sicily.

In fact, in these years, the island was hit by the black plague epidemic and some revolts due to the conflicts between the influential families at that time.

Ludovico died young without heirs so it was his brother Federico IV’s turn.

Federico had only one daughter, Maria, who at the death of her father was the last ruler of the Aragonese family in Sicily.

Maria married Martin I in 1292 who was from the Aragonese family of Barcelona.

On the death of Maria her husband became Sovereign of Sicily, becoming Martin II of Sicily.

His reign lasted from 1401 to 1410 when, on his departure, the kingdom went into the hands of the Tristamara D’Aragona family to Ferdinand I, since Martin II had left no heirs.

On the death of Ferdinand the throne of Sicily passed to his son Alfonso V of Aragon who reigned until 1458.

Upon Alfonso’s death the title passed to John II who was sovereign until 1479.

The last king of the Aragon dynasty was Ferdinand II who ruled Sicily until 1516.