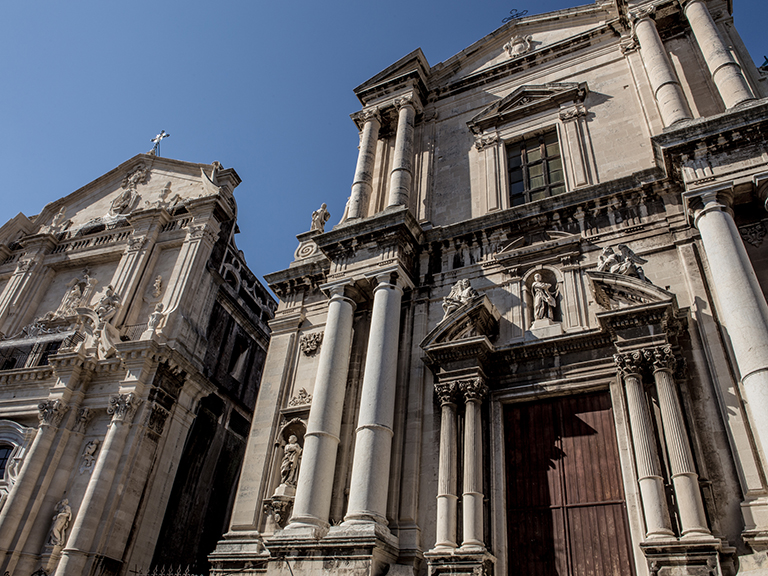 The history of this building is closely linked to that of the Society of Jesus. In fact, the first construction occurred during the colonization of Sicily by the Jesuit order, which had the task of spreading the Christian doctrine (16th century). The church of San Francesco Borgia was rebuilt after the 1693 earthquake, which had destroyed the previous complex between the 17th and 18th centuries.