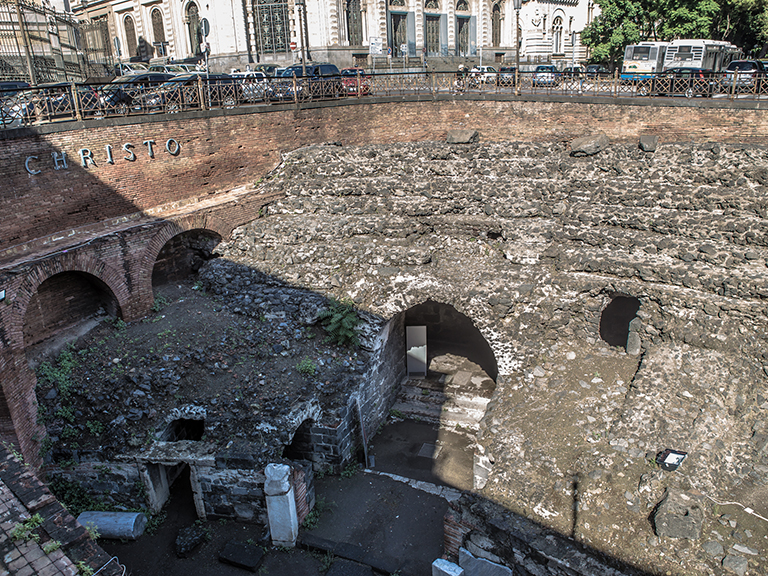 The Roman Amphitheater is one of the largest Roman monuments in Italy. Just a little bit visible from street level, it was rediscovery at the beginning of the 20th century. It suppose that it was built in the 2nd century and it could host up to 15.000 spectators stated.