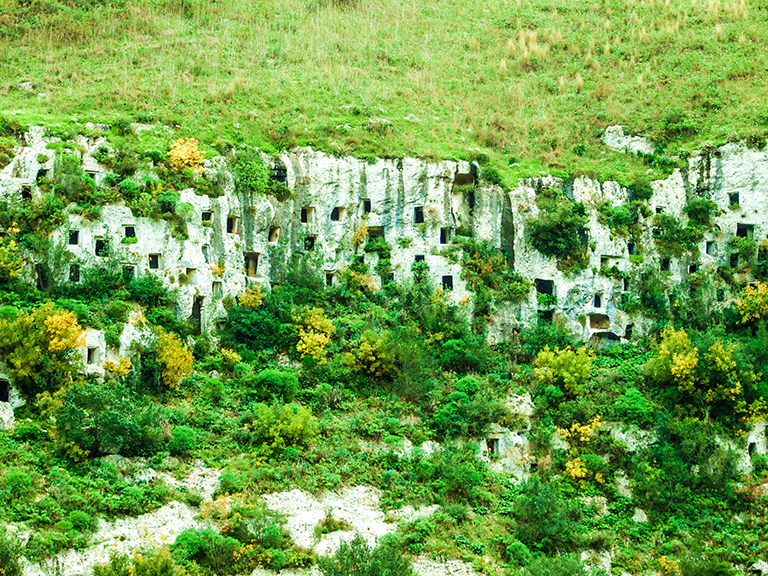 To choose a starting point in the history of Sicily, I decided to base myself on the oldest archaeological remains found on the island.

According to my research, the oldest remains can be traced back to the lower Paleolithic (2 million and 500 thousand years old B.C.), in the area of Agrigento. It is a duty for me, to specify that this findings come from other hominids and not for Homo Sapiens Sapiens (our closest relatives); about the appearance of what we call today as human race can not be dated, always based on archaeological finds, before 200,000 years ago.

So to not lose ourselves in questions that, the scientific community has not been able to agree on, we will make a leap up to the Upper Paleolithic (35000-10000B.C.).

In Sicily these testimonies come from archaeological sites such as:

Mesolithic is consider an age of passage. In Sicily this era has left no signs of evident changes compare to the Paleolithic, as happened in the rest of Europe. The main testimonies of this historical era in Sicily are:

This period marks a transition from old habits of previous settlements, to the new ways of living and new needs. Human settlements in Sicily probably grew. At the same time we started  to sail more intensely, thanks to the invention of the oar and the sail. One factor, which particularly characterizes this era, was the introduction of ceramics and the decoration of these. First they made this art only by hand, but gradually the decorations became more complex.

Some example of the testimonies of this period are:

The main characteristic of this age is the passage from spreaded populations on the island without their own identity, to what I can define as real cultures, with characteristics that allow to identify and categorize them.

The residents of the island began to practice activities such as agriculture, livestock, and trade. From this period   the most important remains we have left are the ceramics, which were also were also one of the most incisive factors in the categorization of various cultures present in the Sicily of that period.

Among the various cultures of that period we can mention: the Castellucio, the Capo Graziano, the Thapsos, the Rodi-Tindari- Vallelunga, the Messina-Riccardi and the Milazzese.

During the first part of this era, before the arrival of the Greeks, the island suffered different invasions difficult to identify. The first Phoenician colonization is certainly from this period. For most of this period, the island was inhabitated, in addition to the Phoenician, by three populations mainly: the Elymians, the Sicels, and the Sicanians.

The Elyminians were settled in the western part of Sicily. Their origin is much debated, there are those who think that they were Ligurian populationwho settled on the island, there are those who, thanks to the Greek tradition, think that they had reborn after the fall of Troy, and even, founded by Aeneas. Their main cities were: Segesta, Erice, Entella, Iaitas, Halyciae and Nakone.

The Sicels occupied the eastern part of Sicily. Their origin can be traced back to Italic populations who invaded the island struggling against the Sicanians. Their name, like the name of the whole island, comes frome one of their kings, Siculo.

The Sicanians were the population that settled in the south-western part of Sicily. The Salso river was the border between their territory and that of the Sicels until teh arrival of the Greeks. Their origin (like that of the rest of the populations that the Greek found when they arrived on the island) is much debated. It is thought that it was the indigenous population of the island, even if some trace its origins back to the Italic people.