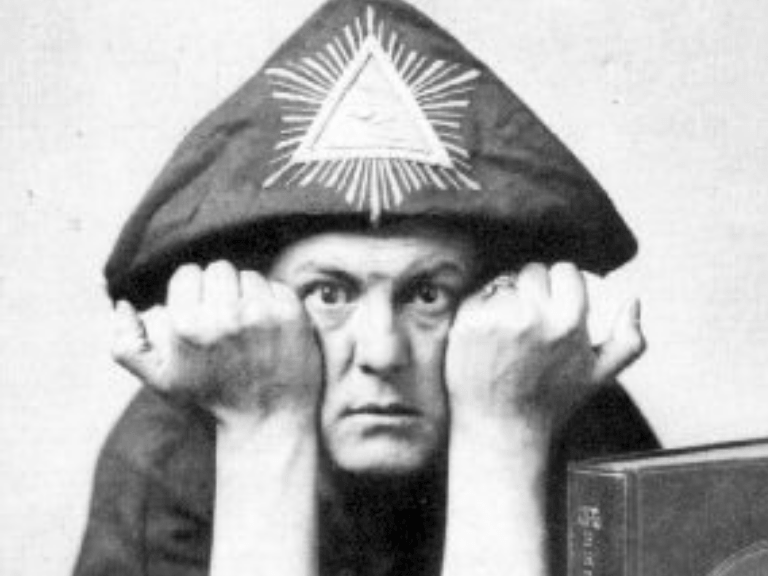 Thélema Abbey, between legend and truth

Thelema Abbey is the name given by Aleister Crowley (its founder) to Villa Santa Barbara which is located in Cefalù.

To introduce this cult it is appropriate to speak first of its founder.

Aleister Crowley was a writer, philosopher and one of the greatest esotericists of the twentieth century.

Considered by many to be the father of Satanism, although it is clear to anyone who has read any of his writings that these claims are very far from reality. In fact, he repeatedly affirms the non-existence of God  or of the bible and the logical non-existence of Lucifer.

I think this confusion is due to a little bit of ignorance, a little bad faith.

I say ignorance because in the eyes of the layman his cult and the rituals he practiced could be connected to Satanism or perhaps have inspired him (in an ignorant way). What is certain is that he was one of the most influential occultists of recent times.

In the Thelema cult the first and most important rule was: “Do what you want will be all the Law. Love is the law, love under the will ”, obviously easily confused with Luciferian theories or pseudo-cults.

Crowley claimed to practice the “left hand way” which is often considered black magic. It is true that this type of magic uses not very “virtuous” methods to reach states of self-awareness … but it is also true that for modern society it is perhaps the only way to try to know some inner aspects.

It would be impossible to practice the right hand path today, due to the society and the system we all live in, which has taken us very far from who we really are.

Some (if not all) shamanic rites also follow the left hand path.

Obviously the rituals with animal sacrifices, which almost certainly took place at Thelema Abbey, influenced the distortion that took place around Crowley.

I would like to remind you, to justify the fact that for me it is a distortion, that animal sacrifices (and not only) are present in many rites and religions much older than Catholicism and therefore of Satan and Satanism.

Edward Alexander Crowley (who nicknamed himself Aleister Crowley) was from British origin, born in 1875 into a family of very religiously extremist Evangelists. This was important in the very troubled psychological formation of his controversial character.

He graduated in Engineering without ever practicing this profession. Apart from esotericism and mountaineering (an activity of which he was a fan, he was among the first to climb K2), he devoted himself only to the family business, that was, the production of beer.

During the university period he had his first homosexual experiences.

Before arriving in Sicily he made several trips: the United States, China, Algeria, Mexico, France and above all to Egypt. The trip to Egypt was very important for him and greatly influenced Thèlema.

On this trip Crowley claimed to have, during an evocation rite, made spiritual contact with Horus, the Egyptian god. The divinity would reveal to Aleister the beginning of a new magical era and, at the same time, entrust Crowley with the task of being its prophet.

Shortly after, the esotericist wrote “The book of the law” claiming that a vicar (a priest) of the Egyptian divinity had been dictated to him by Aiwaz.

In the eyes of most, this might seem like the delirium of a sick mind. I think Crowley expressed himself, according to the hermetic and esoteric tradition, through symbols.

When Crowley arrived in Sicily, he intended to found his cult Thèlema and in the villa in Santa Barbara (Cefalù) he founded his abbey.

In reality it seems that the community that lived there for about 3 years (from 1920 to 1923) lived according to the principles of a commune.

Anyone could live at Thèlema Abbey, whatever their social class.

The strong foundations of the cult of Thèlema were: yoga and tantra on the one hand, the use of sexual magic and animal sacrifices on the other.

Crowley had a lot of bisexual relationships.

The inhabitants and the various followers who passed through the Thèlema abbey practiced free sex and consumed many drugs to be able to reach states of self-awareness by following the path of the left hand.

Do what you want was their law.

The villa was deprived of the doors to make it a single room, the entrance became the main room where there was the altar where the rituals took place.

It is certain that during these years many rituals of various kinds were carried out inside Thèlema, some of which dated back to previous millennia.

It is said that Crowley had to revived the Cult of Seth, an Egyptian divinity antagonist to the twin of Horus.

All this seen through the eyes of the inhabitants of Cefalù, also considering the historical moment, obviously began to have a strange reputation (there was even talk of child sacrifices) and was repeatedly misinterpreted and called “Satanism”.

There was an unfortunate event that changed the fate of the abbey: the death of Raoul Loveday, an Oxford student. Much uncertainty remained about this death.

What is certain is that the wife who had accompanied him on his visit to Thèlema returned to England and began to speak very badly of what was happening in the villa in Cefalù.

This, together with the fact that the inhabitants of Cefalú no longer liked the presence of Crowley and Thèlema given the rumors that were circulating about them, meant that Crowley was expelled from Italy with the excuse that he was adopting anti-fascist behavior and so was forced to return to England.

When Crowley left Italy it is said that he left several debts, it seems that the remaining disciples had to sell the furniture of the villa in Cefalù to pay the creditors.

It is also said that the inhabitants of the village, as soon as Thèlema abbey was abandoned, destroyed many of the walls that were filled with pictures made during Crowley’s stay.

Some of these representations are still partially visible in the remains of what was once the Thèlema abbey.

Thus ends the story of Thèlema Abbey and Aleister Crowley’s stay in Sicily.

There would be so much more to tell about the life and writings of this character, but this is not the right place.

With regard to the remains of the Thèlema abbey, it was thought in the 90s to make a museum, a project that later failed. It is also said that since 2000 the property has been put up for sale with poor results.

I will try as soon as possible to visit the villa to take some pictures and maybe shoot a video. I will keep you informed!