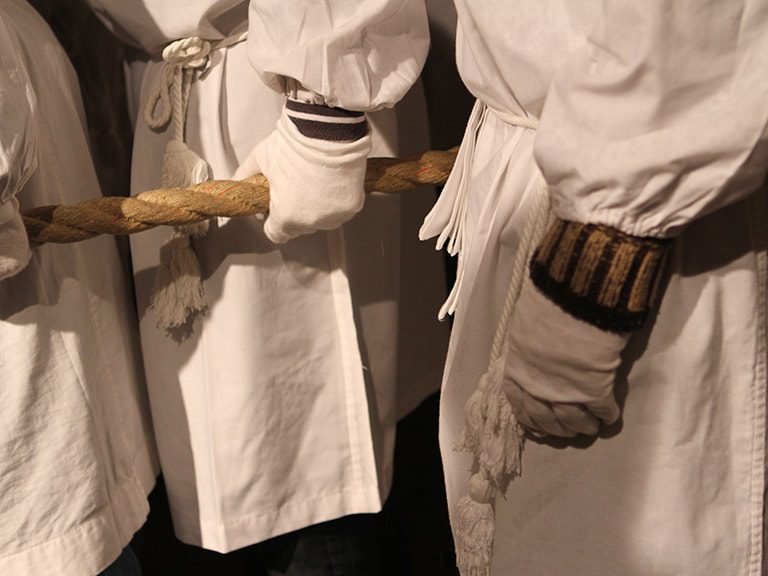 February is coming and Catania prepares its heart for one of the most important events of the year: the feast of Saint Agata.

The neighborhoods are filled with colored lights, noises, barrels, band sounds and screams of joy. Among the streets, a sweet scent of sweetened almonds and nougat inebriates the sense of smell of the visitors, projecting them into an ethereal and flickering atmosphere.
SicilianMagpie will introduce you to the history of the sanctuary and its feast, one of the best known and most followed in the world.

The young Agata belonged to an important patrician family who lived in Catania in the third century. Driven by a strong vocation, she dedicated her life to God and the Christian religion.
Her amazing beauty attracted the Roman governor Quinziano, who decided to want her.

The girl resisted and took refuge in a family villa in Palermo. This was not enough. Quinziano tracked her down and forced her to come back in Catania. Her attempts were in vain, Agata never wavered, even when the perfidious governor decided to subject her to atrocious martyrs such as prison and breast mutilation. Later, the man decided that if he couldn’t love Agata, no one else would have to enjoy his beauty. So, on February 5, 251, he sentenced her to death by throwing her inside a burning furnace. It is said, however, that a terrible earthquake, a sign of divine will, didn’t bring the torture to a close. Unfortunately, however, Agata died during the night due to the atrocious wounds.
Quinziano, moved by anger, decided to take possession of the young woman’s assets but, near the Simeto river, his horses went crazy throwing him into the water where he died drowned.

Catania immediately loved her picciridda (child), seeing in her not only the divine element, but the example of a city that does not bend.
It is believed that, already a year after her death, the people of Catania began to idolize her and organize demonstrations in her honor. The origins of the celebrations are not well known, some think that they are inspired by ancient pagan festivals.
In reality, what most resembles the current celebrations dates back to August 17, 1226 when two soldiers brought the remains of the Saint back to Catania, stolen in 1040 and brought to Constantinople. It is said, in fact, that the soldiers arrived from the sea during the night and the people of Catania, caught in their sleep, rushed in their night skirts (a white tunic long to the knees and a black headdress) waving a white handkerchief to greet the Saint now back home.
Today the celebrations take place from 3 to 5 February. The days are organized as follows:

But the feast doesn’t end here. Eight days later, exactly on February 12th, the devotees give the last farewell of the season to Agata which, for the reason, is transported for a short tour.
In addition, on August 17th, Catania celebrate the return to home of Agata who, in 1040, was stolen and taken to Constantinople.

The Candelore or cannalori are one of the most important symbols of folklore and agatine festivals. But what are they? The guilds of the arts and crafts of Catania, in vow to the Patron, built these twelve wooden structures decorated in gold with baroque and floral ornaments. Since the end of January, the city is preparing for the feast, organizing playful parades in which the candelore, driven by strong men, “dance” to the rhythm of the exciting music played by the neighborhood bands.

During the celebration of the festival, Catania is full of smells and flavors. There is a real Catania culinary tradition linked to pastry in honor of Saint Agata.
The city is filled with colorful stalls where candies, nougat, caramelized apples, sweet and savory crispelle, calia and simenza (pumpkin seeds and toasted chickpeas), almonds and pistachios with sugar are the masters. The patisseries, already from the first days of February, prepare their windows with small cassata that take up the shapes of the female breasts, recalling the martyrdom of the Saint and for this called minnulicchie (small tits). Marzipan olives o aliveddi are another traditional dessert. It is thought to be linked to the events of the imprisonment of the Saint, according to which, forced to fast by the soldiers of Quinziano, she fed on some olives grown on a small wild tree.