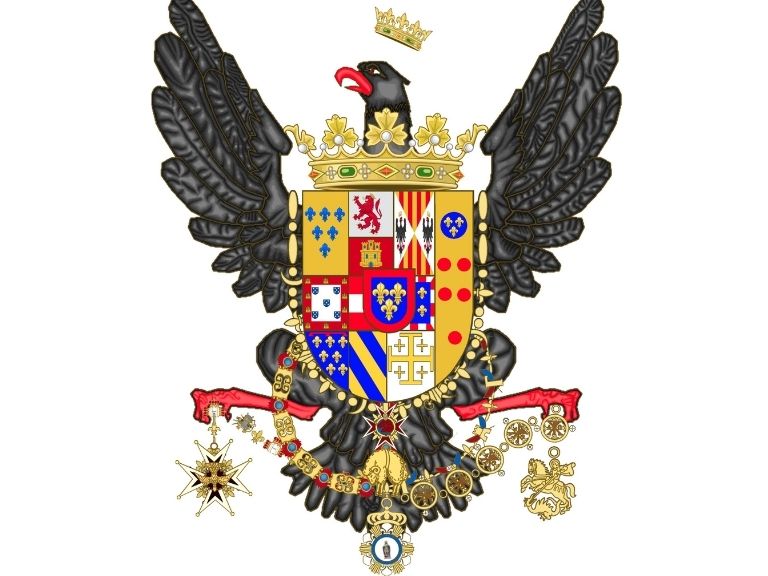 The history of the Bourbon domination of Sicily begins in 1734, when Charles of Bourbon conquered it to the detriment of the Habsburgs of Austria.

The following year, Charles was crowned King of Sicily.

Charles was the son of Philip V and was not destined to be sovereign because he was not the firstborn. Only for the stubbornness of his mother he did claim the kingdom of the Farnese and the Medici.

In 1734 he conquered, with the Spanish army, the Kingdom of Naples and subsequently Sicily.

He was the first of the Bourbon dynasty in Sicily, which represents a rich period for the island from a cultural and economic point of view

Carlo reigned over Sicily until 1759 when his stepbrother died without leaving heirs and leaving him to became the king of Spain. At that point his son Ferdinand III of Sicily ascended the throne.

Ferdinand ruled the island for 65 years, until 1816. It was one of the longest regency periods in history.

His title of ruler was unexpected, due to a series of fortunate circumstances. Ferdinand was the third son of Charles so he was not destined for the throne. But the death of his uncle, King Ferdinand VI of Spain, without having left heirs forced his father to leave for Spain to occupy the throne. Carlo brought with him his eldest son, Carlo Antonio, who at that point became the dolphin of Spain.

Ferdinand’s other older brother, Filippo, had severe mental disorders and was therefore excluded from the line of succession.

He remained thus as ruler of the Two Sicilies Ferdinand, giving life to one of the longest reigns in history.

Ferdinand became king of the Kingdom of the two Sicilies at the tender age of 8, for this reason he was assisted up to the age of 16 by a Council of Regency established by his father.

When he came of age the Council of Regency turned into a Council of State as the sovereign began to reign autonomously.

During his reign, the period that followed the French revolution is noteworthy as Ferdinand, deployed against Napoleon, had to flee to Sicily twice, leaving Naples.

The first time, in 1802, he was very well received by the Sicilians. This is because Ferdinand had declared to the Sicilian people that he wanted to stay and move his court to Sicily.

In reality, the stay in Sicily was nothing more than an escape. As soon as he was able, on the strength of an agreement with Napoleon, he returned to Naples.

When in 1806 he was again forced to flee from Naples to Sicily, this time he was not welcomed by the Sicilian population.

In 1810 he asked the Sicilian Parliament for help to curb the French threat.

This caused a revolution to break out which forced Ferdinand to promulgate the “Constitution of Sicily” and establish a government of Sicilian notables.

In 1815, immediately after the Congress of Vienna, Ferdinand saw his right to the Kingdom of Naples reconstitute.

The Kingdom of Sicily and its Constitution were abolished, resulting in a revolt movement that resulted in a real revolution in 1820.

This huge protest put Francesco, Ferdinand’s eldest son who was left as lieutenant of Sicily,

An autonomous government was thus established on the island which adopted the constitution of 1812.

Ferdinand opposed the reconstitution of a Kingdom of Sicily and after many bloody battles, he managed to subdue the island.

In 1825 Ferdinando died, leaving the kingdom in the hands of his son Francesco I.

Francesco I reigned for only 5 years until his death in 1830. His son, in that year, became King with the name of Ferdinand II of the Two Sicilies.

During the reign of Ferdinand, another revolt broke out in Sicily, called: “cholera riots” precisely because they derive from the situation of tension and poverty caused by this disease.

This took place in 1837, the same year the revolts were quelled and order was restored.

During 1848, yet another revolt broke out that drove the Bourbons off the island and the kingdom of Sicily was re-established.

Ferdinand, to regain possession, bombed the island (hence the nickname “King Bomba”). The island returned to Bourbon rule in 1849.

The riots and discontent continued. Meanwhile the kingdom passed into the hands of Ferdinand’s son, Francesco II.

He could only reign for a year, given and considered the expedition of the thousand that meant that Sicily was annexed to the kingdom of Italy in 1860.