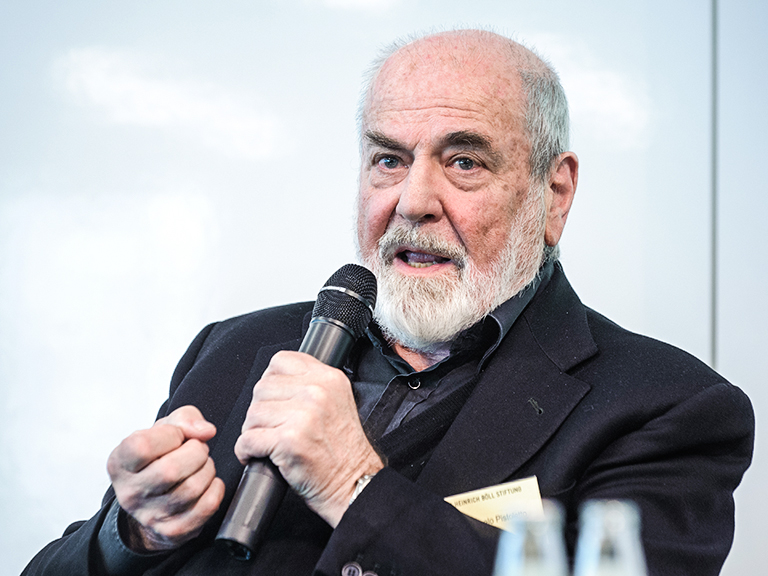 Pistoletto and the “Third Paradise”

In an historical period of extreme environmental difficulty, Catania being artistic, cultural and social renewal center, hosting the genius and inspiration of the contemporary artist Michelangelo Pistoletto from 8 June to 15 July.

“Terzo Paradiso“, in collaboration with the Accademia di Belle Arti of Catania and the Oelle Mediterraneo Antico Association, will be exhibited on a floating platform at the Molo di Levante, in the Port of Catania from 9.30 to 11.00.

The work was made by using plastic found in our sea and arranged to form the symbol of infinity with a third eyelet, leitmotiv of Pistoletto’s art. What is the “Third Paradise“? What is its symbolic nature?

The work was showed for the first time in 2005 at the Venice Biennale and, subsequently, re-proposed in other illustrious european cities as Paris, Geneva, Milan, in order to sensitize humanity and launch a campaign of protection and enhancement of the territories. It’s estimated, in fact, that 20% of used plastic is released into the sea causing serious damage to the ecosystem.

Sea, fishes and human beings are involved in this critical collapse towards environmental degradation. The symbol of the “Third Paradise” is particular and unique in its kind: three circles in succession, which revisit the mathematical sign of infinity, symbolize the union between pure nature and innovation with man in the center who settles as a link between the two worlds, as the engine for cohesion and unison development.

With his representation, Pistoletto proposes himself as a supporter and promoter of the artistic development, and also environmental and social development. So, Catania and its port reflect the charm of the contemporaneity, become the lighthouse that leads the citizen towards respect for our mother Earth.